In my quest to enter as many writing contests as possible, I found a site to do just this – Fan Story. For $9.99 you can join the site and enter as many of there contests you want, at two entries per day!

I wrote a story for one of the contests this morning and would like to share the story with you. It’s titled The Caterpillar. Here goes:

The caterpillar. This little fellow, for all purposes, pushes the boundaries of nature. They are larval forms of moths and butterflies, for those of you that don’t know. They are by far the most destructive bad asses of the natural world. They can consume so much — leaves of various plants — that were one caterpillar to hit on a tea leaf farm, it would consume so much caffeine, by default, that it would not only go clinically insane but could hike Appalachia in a week. Okay, now, that may be an imaginative stretch, but you get the idea. These wooly buggers can take down a thatch of bushes as a team and cap off some honeysuckles for dessert with no problems.

Now, I’ve never been a caterpillar, though a couple times tripping on LSD, I may have thought I was. But as an oddity of nature (in my mind anyway), maybe it is that the caterpillar has a choice — cocoon up and become a beautiful butterfly or stay on the ground feeding like a gluttonous hog. I wrote a poem about such an event many years ago called Harvest. It goes like this:

In a life’s harvest,
A caterpillar becomes
A butterfly maybe
Of its own accord.
Dispelling tangible fear
And apathetic complacency,
It wins its freedom.

Maybe this is its legacy, or one it would want to leave behind for the next generation. Maybe the caterpillar, like many forms of life, not only has a plan imprinted in its brain by God, but also maybe the caterpillar intuits life through each chewing step by some simplistic brand of emotion. Maybe it knows it will fly one day. Maybe it has its own doubts and that keeps the caterpillar grounded. Maybe flight isn’t a given.

Could be that such a decision to be totally vulnerable is the risk the caterpillar takes to jump into his momentous flying self. One quote from an author calling herself simply The Hippie, a thought on caterpillars, shows this risk. The quote from her memoir titled Snowflake Obsidian: Memoir of a Cutter, “The caterpillar turns to liquid before turning into a butterfly. Liquid. Thus, washing away any speck of his caterpillar self as he lies completely vulnerable to his environment in his chrysalis shell. One good solid gust of wind and the caterpillar’s boned.”

I like this quote because it calls on a biblical idea relating to “unforeseen occurrence”, which is touched on in the book of Ecclesiastes. Solomon wrote “I returned to see under the sun that the swift do not have the race, nor the mighty ones the battle, nor do the wise also have the food, nor do the understanding ones also have the riches, nor do even those having knowledge have the favor. Because time and unforeseen occurrence befall them all.” The idea that unforeseen occurrence happens lends to the fact that maybe not all are bound for greatness. Not all are meant to fly. I don’t think this means that some things are out of God’s hands, however. Another verse in the same book of Ecclesiastes says, “To every thing there is a season, and a time to every purpose under the heaven”.

I can only conclude this writing by saying this statement: whether you choose to always remain a caterpillar or choose to fly on butterfly wings, do what you want to do. Not out of fear or complacency, but out of love. The love to be, to journey, to live a full life! If your journey ever leaves the ground, make certain it’s because you wanted to fly.

That’s the story. Thanks for letting me share and for taking time out of your hectic Saturday schedule to read this!

As always, take care and walk in the loving light.

What?! What do you mean, “the homeless and illegals coming to our country are people too”. What are you trying to say, you pinko hippy?!

I’m saying consider the fact that this country’s legacy and our very symbol of freedom – the Statue of Liberty – is an invitation of open arms to welcome the oppressed!

Now, let me get this straight, just so I know what to tell me children and boss, you want me to let the Mexicanos, who are probably, according to the president, immoral, drug-dealing, bad bad people, you want me to freely let them in and coddle to them? Like they’re human beings?! What are you, a socialist commie! I can’t do that! By God as my witness, I will not. I will not take this perfectly good soil of a land that we rightfully stole from the in’juns and give it to somebody else, like some red commie bastard would do. Are you a commie?

“Give me your poor, your tired, your huddled masses yearning to breathe free . . .” Sound familiar? It’s on a plaque on the statue itself that lights the way for immigrants with promises of a better way, a better life. And what about the rich factory farm owners that lobby congress in order to get illegals in this country so they can have cheap labor under minimum wage? Oh no, that doesn’t happen, right? (Eye roll) No, money doesn’t talk in our society. It’s not the driving force behind every person’s usual actions. Our free market economy and it’s owners, aka the one percent, have nothing to do with tax loopholes and an economy and culture slanted toward catering to the rich! (More eye rolls!)

And what about the homeless? Well, these homeless people need to take inventory. They need to figure out their priorities. They need to pull themselves up by their bootstraps! What is your solution? You just going to hand them money?! What are you an effin’ commie pinko socialist? My church talks about it every Sunday! If they had God in their lives, they wouldn’t be homeless. They’re probably drugged-out and shiftless anyway.

Aren’t we suppose to be like Jesus Christ and not use Jesus Christ as an excuse and reason for NOT  helping other people? WWJD?! Probably toss your ass in hellfire for such an attitude! “Come to Me and I will give you comfort.” And what about, “Love thy neighbor”?

*Sigh* I’m not sure what the answer is, honestly. But I am sure the answer’s not, “Let’s turn our backs on our fellow man.” We need to focus as a society on what’s important, and it’s not our own wallets.

In case you missed it or weren’t aware, a few years ago (circa 1776) a great land was birthed from the muskets of a taxing rebellion, emphasis on the word “taxing”! Independence and freedom were this land’s highest ideals, liberty and justice her watchwords.

I’m really not sure, even though this land remains one of the most upstanding and finest nations on Earth, where or why we went wrong. I think it may have to do with greed and corporations and the few subjugating the many for their own personal agendas and private gain.

However, these truths hold self-evident, even today, that every man is created equal by God – every man. Not just the ruling white class.

So, as you sip that Mint Julep while Fred and Bubba and Ernest fire off that flurry of blustering bombs, remember that it took a revolution once to obtain what the masses wanted.

Happy 4th of July, everyone! 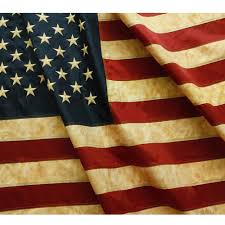